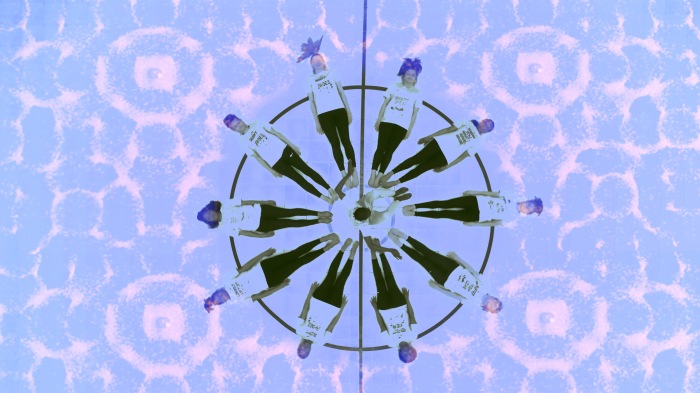 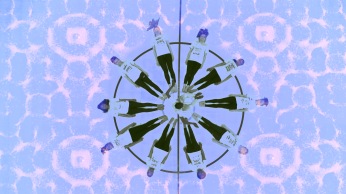 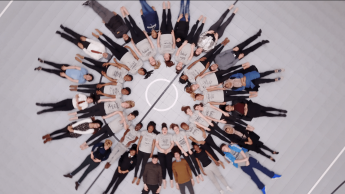 Pupils in the centre are wearing screen printed t-shirts with the lyrics for the song, designed and screen printed by the A ‘Level photography pupils at Barking Abbey School 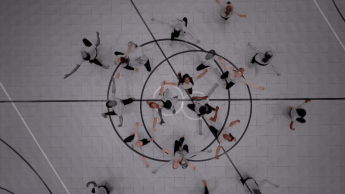 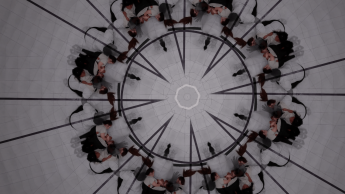 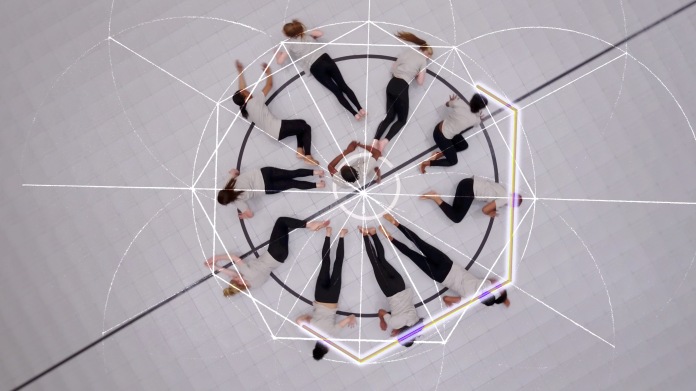 Back in April of 2016, I contacted Art- Rock Brighton based band ‘Moulettes’ about doing a workshop of some sort with pupils at Barking Abbey School in East London. We wanted to create a collaborative style project where pupils would get to work with professionals in the fields of music, dance & film. Hannah Moulette came up with an idea that we could do something really special with kids, such a make music video. Moulettes handed over a track from their 2016 ‘Preternatural’ LP called ‘Pufferfish Love’.

Pufferfish Love is a song written by Brighton based band Moulettes for their 2016 ‘Preternatural’ LP.  Hannah writes: ‘It was conceived as the lonely mating call of the male pufferfish-  a species whose appearance is so unremarkable as to render him almost invisible- and has therefore evolved to perform a week long ritual of sand sculpture in order to entice a female to spawn at the centre of his symmetrically accurate, concentrically patterned Sea Bed.’

Through Dance, pupils were able to respond to Puffer Fish Love and explore themes including mandalas, universal language, damage caused by single use plastics, our blue ocean & how necessary it is for our existence.

As an art teacher, this song was perfect in that it was catchy, melodic and educational. The pupils responded so well to it. I began trying to formulae ideas for the video and it was apparent that we needed ‘a birds eye vision’. The question however was , how were we going to get this? I approached my headteacher and we were lucky enough to at the time , be investing in a drone camera.

I then approached Ms. Jones, our fantastic Head of Dance. We discussed ideas and I asked her how possible would it be for our young people to choreograph a dance that would be seen from above. She said it would be no problem. Pupils practised the routine during after school clubs and then we arranged 2 days filming just before we broke up for the Easter holidays in April 2017. Day one was mostly dedicated to capturing the dance routines with drone images whilst the photography department and members of year 9-13 Art, Graphics & Photography filmed other camera angles and b roll. The second day we focused on animating some of the lyrics.

This was a fantastic collaborative project between a professional band, our dance department and the art/ photography department.

The band are on a hiatus at the moment and so the track ‘PufferFishLove’ is yet to be released and subsequently the video. However, I am sure it will be available some time in the near distant future.  This project did inspire me to continue my work with musicians and to embed this type of collaborative project into my teaching. Please see my blog on the Brighter Sounds Artistic Series 008 with ESKA.